The story of the Ivinson Home begins with its namesake, Edward Ivinson and his wife, Jane. Edward was born in The Virgin Islands on Sept. 20, 1830. Ivinsonís father, Thomas, managed a sugar plantation and traded exotic wood on the island of St. Croix. Edward was schooled in Brampton, England, at the Croft House Academy, and moved to New York with his father at the age of 17.

In New York, Edward worked at a newspaper, and as an apprentice at Lord and Taylor where he met Mr. and Mrs. Waddington. Mrs. Waddington had a daughter, Janeóthe only of her 12 children to survive past age 2. Jane was living with her grandparents in England, but at the age of 10 she ran away in search of her mother. Three years later, at age 13, Jane secured passage on a ship to New York. Mrs. Waddington was ill at the time, and asked her close friend, Edward, to meet the ship and bring her daughter home. Despite Janeís tender age, it seemed to be love at first sight, and the two were married a few months later on April 12, 1854óthe beginning of a 61-year nuptial. 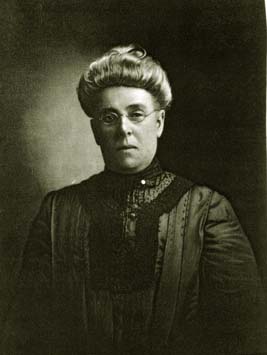 In 1856, the couple ventured West. There were many stops along the way: in Indiana, Edward served as a timekeeper and paymaster for the Evansville and Crawfordsville Railroad. In Illinois, Edward owned a grocery store with his brother and father. The grocery store was destroyed in a fire that also took the lives of his brother and father, and may have injured Jane as she was unable to bear children. However, the couple fell in love with a 3-year old, Margaret Ellen, whose fatherís dying wish it was to let the Ivinsons raise her as their own, which they gladly did.

By 1867, after opening a dry goods store in Memphis, Tennessee, Edward decided to move West. Although California was his original destination, the railroad did not yet go that far. Ivinson explored the region at the ìend of the tracks,î and he found what he felt would surely be the ìgreat metropolis of the Rocky Mountain region:î a place called Laramie.

The home really is the realization of a dream
- Debi Ockers, Director

From that day on, Edward, Jane, and Margaret (Maggie, as they called her), were fixtures in the growing town of Laramie. Edward was involved in business, banking, real estate, stocks, and even played the role of Santa Claus during the town's Christmas festivities for many years. He was also involved with the building of Laramieís first courthouse, as well as the Territorial Prison. Edward as also helpful in bringing the University of Wyoming to Laramie, and served as treasurer of the Board of Trustees for many years. In 1918, Edward (who was in his late 80ís) was elected mayor of Laramie-reputedly the oldest person in the country serving in that capacity.

While Edward may have been involved in business ventures, Jane was also active in the townís affairs. She worked to establish the first school, and to bring cultural events to Laramie. In 1876, Jane became the president of her husbandís bank, now a part of the First Interstate Bank chain.

In 1915, Jane was stricken with cancer and died at their home on November 9 of that year. At the time, Laramie did not have the facilities to properly care for cases such as Jane, so in her memory, Edward donated property and funds to build a new hospital, the forerunner of the current Ivinson Memorial Hospital.

Edward died of pneumonia at the age of 97 on April 9, 1928, leaving a lasting legacy in Laramie. Although Edward briefly remarried at the age of 91 (the marriage lasted a matter of months), no one ever doubted the love between Edward and Jane. As an editorial in the Laramie Republican Boomerang stated on the day he died, "One never thinks of Mr. Ivinson but that he also thinks of Mrs. Ivinson, for his wife was the center of the orbit of his world. About her revolved his deepest affection and daily interests, and she was the inspiration and the back of everything which he did."

As one last tribute to his wife, Edward provided funds for the construction and perpetual maintenance of one of his wifeís dreams in his will. This dream was the Ivinson Home for Aged Ladies, which opened its doors in the spring of 1930 and has been fulfilling the foundersí dreams ever since. 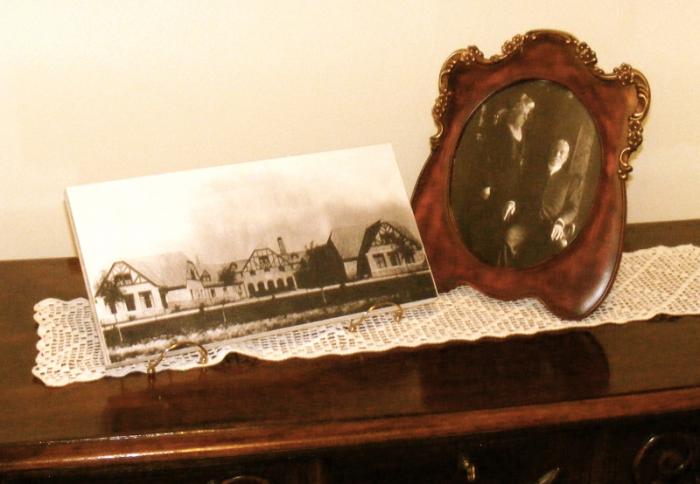 Left: Photograph of the Ivinson Home right after opening. Right: Mr. and Mrs. Ivinson on their 50th wedding anniversary